Unwind Sacred Lotus is one of over 2000 uniquely effective ingredients in our product catalogue. Find out more about this product from Naolys below

Unwind Sacred Lotus - At a glance

Unwind Sacred lotus has a general relaxing effect on the skin, acting on vital factors in the skin’s well-being that transmit or decrease stress in the skin and decrease the effects that stress may induce such as irritation and oxidation

The detail on Unwind Sacred Lotus
from Naolys

As a hardy species coming from South East Asia, it is associated with Buddha or with the creation myth in the Hindi religion; it is a sacred plant, a symbol of divine beauty.

The Indian or sacred lotus grows in water and, in Asia, is used in religious celebrations. Representing purity and creation, the flower emerges unsullied by the dirt that surrounds it, symbolizing regeneration and enlightenment. And in fact, by modulating the skin’s neuro-system, Sacred Lotus cells have a relaxing effect that helps to restore the skin’s original balance.

Unwind Sacred lotus has a general relaxing effect on the skin, acting on vital factors in the skin’s well-being (neuromodulators and a neurohormones) that transmit or decrease stress in the skin and decrease the effects that stress may induce such as irritation and oxidation

The plant cells have the following effects at the cellular level in the epidermis:

–       Relaxing, by modulating the release of melatonin and 3 neuro-mediators: Substance P, CGRP and acetylcholine

–       Soothing, by decreasing the release of 3 inflammation mediators

–       Antioxidant, by decreasing oxidative stress (the formation of free radicals)

Unwind Sacred lotus does not contain any preservatives. It can be used in formulations for care products (face and body) and in make-up products. COSMOS or Natrue approvals available on request for all liquid forms of the product as well as ISO 16128 certificates

All sample requests are given the highest priority and turn round time for items we hold in stock is usually 24 hours although samples held by suppliers may take up to 10 days.

Our standard sample size is 50g but may vary according to the nature of the product.

Thanks your sample request is on its way to us. We will be in touch shortly
Reset Form
There has been a problem submitting your enquiry. Please try submitting again

From shea butter the best "green" emulsifier for your natural cosmetics

Phytocare PG is a versatile and high performance emulsifier for all types of applications. 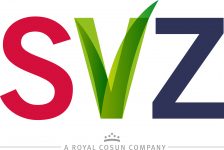 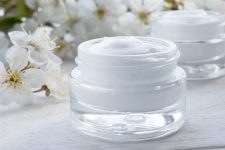 Not a registered user? Register Now

ERROR: This email is not associated to a registered account.
Register as a user
Close
There has been a problem submitting your registration.